Shut It Down – Saving GI Jodi

Shut It Down – Saving GI Jodi

EP142: Salute Taffertins! It is time to fall in line for another amazing Shut It Down episode! On this adventure, we travel to Littleton, CO to “GI Jodi’s Bar & Grill.” It’s owned by a woman named Jodi, whose father served in the armed forces (big for Jon!) and has military paraphernalia all over the place in tribute to him. At first, they were doing great…but then tragedy struck and Jodi’s dad passed away, sending her into a tailspin. She brings in her son Travis to help run it…but never lets him do anything. What a mess! Get into it! (S6:E46) 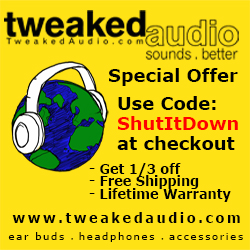